How I decorate my cakes

For each cake I make, I start out with a theme from the customer or the friend/family member in question. Then I find an image or two of the subject idea, or even a photo or two of similar cakes, so I can plan out my idea.

For example, one of my first official "Jess' Fondant Cakes" client was an avid computer gamer. He requested a Gears of War Lancer cake - to the ill-educated in this field, this means a special gun that doubles as a chainsaw from one of his favourite games. After researching the gun in question, I began to construct the cake. 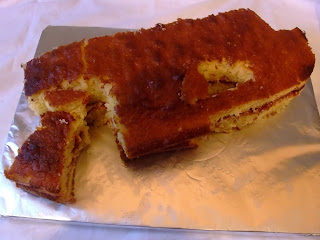 First, I made the cake base and, once cooked and filled with jam and buttercream, I cut and assemble to the desired shape. 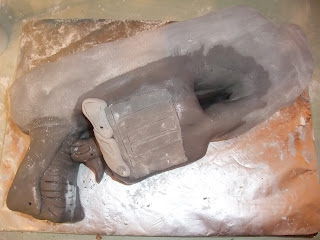 This cake leant itself to a base colour and the addition of sections afterwards for the details. So, once the shape was made, I covered in fondant icing in the base colour.Carefully forming and cutting out the desired shapes. 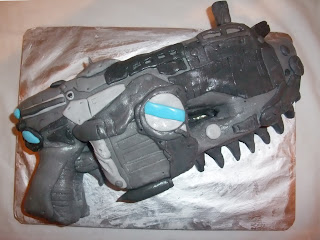 The completed Lancer. I finish by painting with a watered down glace icing finish to remove any icing sugar marks left from the decorating process. 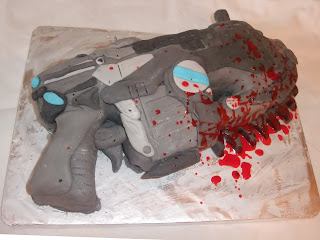 Based on the type of game this gun came from, it could not be complete without some splattered fake blood, make from icing sugar, water and concentrated icing colouring paste. 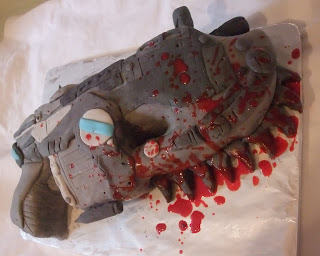 The feedback I got from this cake was very two sided: those that understood what it was and played aforementioned game, liked it; and those, especially the more squeamish, did not appreciate the fake blood.

Jess' Fondant Cakes
Hedge End, Southampton, Hampshire, United Kingdom
Hi. My name is Jess, the cake decorator behind Jess' Fondant Cakes. I began Jess' Fondant Cakes in 2011 and am enjoying it thoroughly. I specialise in personalised cakes, especially novelty cakes made using fondant icing, hence the name. I do, however, like trying new techniques to create the best cakes possible. I hope you enjoy this blog as much as I enjoy making the cakes on it :)